A tradition of manufacturing excellence. 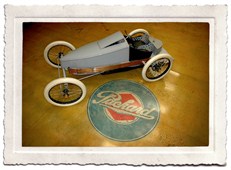 Ted Davis, the owner of SMD, has been in the manufacturing business throughout his entire career. After many years working for other manufacturing companies, Davis decided to follow his entrepreneurial spirit to a new endeavor. He opened his own business: Ted’s Restorations, which restored vintage cars (Davis’ lifelong passion).

In the mid-1980s, Davis was approached by a major computer peripheral storage equipment manufacturer for consulting on a manufacturing process problem. After making his expert recommendations, Davis was asked if he could implement the process improvement for this particular project. He declined, citing lack of facilities and equipment as the reason. The company then offered to set up a small shop in Davis’s home garage, to which Davis agreed. From that initial exchange, a business was born: Ted Davis Manufacturing.

That first project quickly turned into more project requests by other big name companies needing similar manufacturing services. It didn’t take long for Davis to have more work than he could handle on his own, so he enlisted friends and family to help. Eventually, his driveway wasn’t large enough to hold the cars of his staff.  As a solution, Davis bought a van and had his son shuttle the employees back and forth every day from a nearby parking lot.

Davis realized he needed more room for his operation so he rented a space, but soon, that became too small for the amount of business he was generating. So, he bought a space in NW Oklahoma City and housed Ted Davis Manufacturing. Continuing growth of the business soon proved the need for relocation to a larger facility.  Davis moved his business to its current location, strategically located near the Oklahoma City airport, Interstate 40 and Interstate 35 to facilitate the ever-growing customer base. Siemens Corporation bought Ted Davis Manufacturing in 1996.

During the ongoing business developments of Ted Davis Manufacturing in the late 1980’s, Davis was extended an opportunity to expand the services offered. An existing customer had circuit board assemblies for computer hard drives being manufactured offshore. These assemblies often had both quality issues from the offshore source as well as needs for revision upgrades through modifications. To address those needs, Surface Mount Depot (now SMD) was created. SMD was located in the same building as Ted Davis Manufacturing. Davis picked the boards up at the airport, reworked the boards overnight and delivered them to the customer the next day.

The business progressed from offering reworking and modification services for printed circuit board assemblies and began to provide contract manufacturing services for clients building custom boards and cards.  With continued investment in the highest quality employees and technology, SMD diversified their client base from computer hard drive manufacturing to high-reliability electronics used in the oil and gas industry, the medical industry, the aerospace industry and government/defense, to name a few. 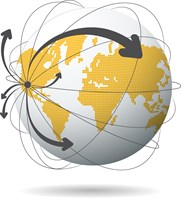 From its humble beginnings, SMD has grown into a leading-edge electronics contract manufacturer known for delivering the best customer service in the southwest and the latest capabilities in surface mount assembly, thru-hole assembly, high reliability hand soldering, functional and optical testing, cable and wire assembly and more.

Learn more about why customers keep returning to SMD for their contract electronics manufacturing needs.

When your project demands the best customer service, competitive-pricing, and on-time distribution SMD will be there to deliver. No matter the application.